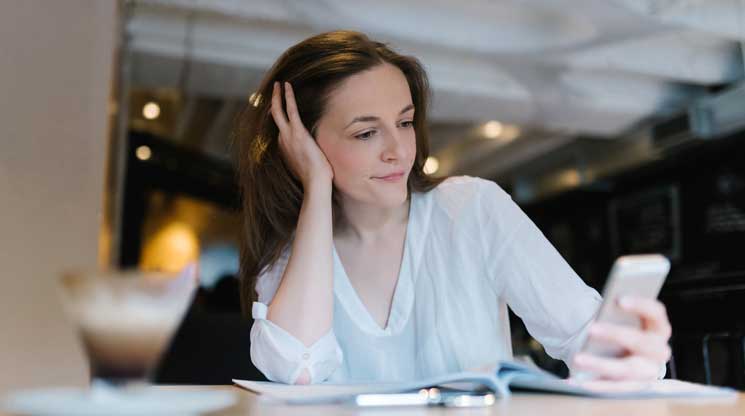 Do you feel like you haven’t gotten anything done at work today? Consider some of these statistics:

Now, think about all of the current distractions that you have in your current office environment. It’s enough to make anyone question their ability to work. Here’s a look at some of the biggest things that make workers procrastinate, and what you can do to waste less time.

According to a study from The Danwood Group, it takes over a minute to get back to work after opening an email. Does your inbox notification seem to ding every single minute? The number of emails received in a day is expected to rise 3 percent by 2019, according to The Radicati Group.

Action to Take: First, remove notifications for email for a week and see if you’re able to become more productive. Also, set aside a few times a day to check email and draft responses. By limiting the amount of time you spend responding to others, you’ll be able to accomplish more important items throughout your day.

There’s a good chance you can think of an example where topics in a 45-minute meeting could have been addressed in one or two emails. According to The Muse, middle managers spend 35 percent of their work week in meetings, while upper management spends up to 50 percent of their time in meetings. Unproductive meetings waste $37 billion per year.

Action to Take: If you don’t already, set a clear agenda to follow for any meeting you have. This will allow you to figure out the focus of your meeting and not get off track. Also, set a clear end time so you don’t run over.

Most people’s jobs require it, but many people fail at it. According to research from Psychology Today, just two percent of people can actually multitask efficiently. This means that for the 98 percent, trying to accomplish multiple things at once wastes valuable time.

Action to Take: Organize everything by its urgency. Give each task a priority level of one, two, or three, with one being the most urgent. Also, see which tasks are related and complete them at the same time. These two tips will help you link tasks and get them off your to-do list.

Time Waster #4: The Internet Itself

Think about all of the tasks you do that require you to be online. 70 percent of office workers admit to wasting time at work, according to The Balance. Sometimes, it might be reading an article you found online, browsing your social media timelines or not finding the correct research to complete a project. Regardless, it happens to everyone.

Action to Take: If you can, restrict your Internet access for 30 minutes to bring your full attention to the task at hand. Look into extensions like StayFocused to block yourself access to specific websites.